In 2018, Breast, Colon, Liver, and Lung cancer took the lives of more than 600k individuals. More than 1 million more individuals were diagnosed with those cancers, during that same year. See cancer statistics below. 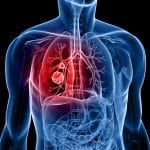 Bowel cancer: more than 9 in 10 bowel cancer patients will survive 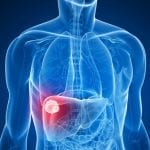 Lung cancer: more than 80% of lung cancer patients will survive for at least a year if diagnosed at the earliest stage compared to around 15% for people diagnosed with the most advanced stage of disease

Liver Cancer: patients with early-stage tumors that can be removed surgically have the best chance of long-term survival. Unfortunately, most liver cancers are inoperable at the time it’s diagnosed, either because the cancer is too advanced or the liver is too diseased to permit surgery

Methylation is an epigenetic marker that acts both as an indicator and regulator of gene expression. In essence, by identifying which genes are turned on or turned off, we may identify when cancer is present. Methylation, as an epigenetic marker, is standard in both healthy patients and patients with cancer, therefore methylation serves as a highly reliable tool to confirm cancer presence, in stark contrast with identifying genetic mutations, which may be random.

Other biomarkers produced sensitivities ranging from 21-80% sensitivity and specificity ranging from 60-77%. Based on results of the CEA, CA-125, and PSA.

Consult with the ordering medical provider about the Ivygene results. Patients with an elevated result may be at an increased risk for cancer at the time of testing.

Validated for multiple cancer types, the IvyGeneCORE test provides a quantitative score that, if elevated, may confirm the presence of cancer as early as stage 1. IvyGeneCORE has been validated for breast, colon, liver, and lung cancers.

2022
All Rights Reserved IvyGene Labs
We use cookies on our website to give you the most relevant experience by remembering your preferences and repeat visits. By clicking “Accept All”, you consent to the use of ALL the cookies. However, you may visit "Cookie Settings" to provide a controlled consent.
Cookie SettingsAccept All
Manage consent

This website uses cookies to improve your experience while you navigate through the website. Out of these, the cookies that are categorized as necessary are stored on your browser as they are essential for the working of basic functionalities of the website. We also use third-party cookies that help us analyze and understand how you use this website. These cookies will be stored in your browser only with your consent. You also have the option to opt-out of these cookies. But opting out of some of these cookies may affect your browsing experience.
Necessary Always Enabled
Necessary cookies are absolutely essential for the website to function properly. These cookies ensure basic functionalities and security features of the website, anonymously.
Functional
Functional cookies help to perform certain functionalities like sharing the content of the website on social media platforms, collect feedbacks, and other third-party features.
Performance
Performance cookies are used to understand and analyze the key performance indexes of the website which helps in delivering a better user experience for the visitors.
Analytics
Analytical cookies are used to understand how visitors interact with the website. These cookies help provide information on metrics the number of visitors, bounce rate, traffic source, etc.
Advertisement
Advertisement cookies are used to provide visitors with relevant ads and marketing campaigns. These cookies track visitors across websites and collect information to provide customized ads.
Others
Other uncategorized cookies are those that are being analyzed and have not been classified into a category as yet.
SAVE & ACCEPT